Me.Mentor
Connect with mentors for career-ed support
Try the app 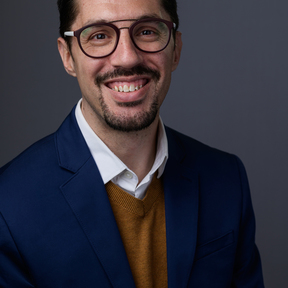 Steve Rice is an educator, connector, and speaker. Mr. Rice serves as the Entrepreneurship Instructor at the Arkansas School for Mathematics, Sciences and Arts (ASMSA), recognized by The Washington Post, Newsweek, and The Daily Beast among the Top 25 public high schools in the United States

Mr. Rice’s interests include entrepreneurship, social business, and equity. He holds a Master of Science degree in Media Management from Arkansas State University and is a member of the Kappa Tau Alpha National Honor Society for journalism and mass communication. Mr. Rice serves as an instructor for the I-Fund, a virtual startup accelerator for early-stage startups and has guest lectured at the University of Arkansas-Little Rock. Rice has spoken on the integration of innovation and technology at conferences for computer science educators at the state and national levels.

Along with his professional roles, Mr. Rice is an active leader in the Central Arkansas business community, serving on the board of directors for the Arkansas Economic Acceleration Foundation. He is also on the board of advisors for the Girls of Promise coding initiative with the Women’s Foundation of Arkansas.

Steve is a frequently sought after speaker on the topics of entrepreneurship, technology, and equity.
You can follow him on Twitter @StevenERice or connect on LinkedIn.

No Posts To Show!
Refresh your Posts or try later.
Meanwhile, check out our experts and start consulting!
Go To Home